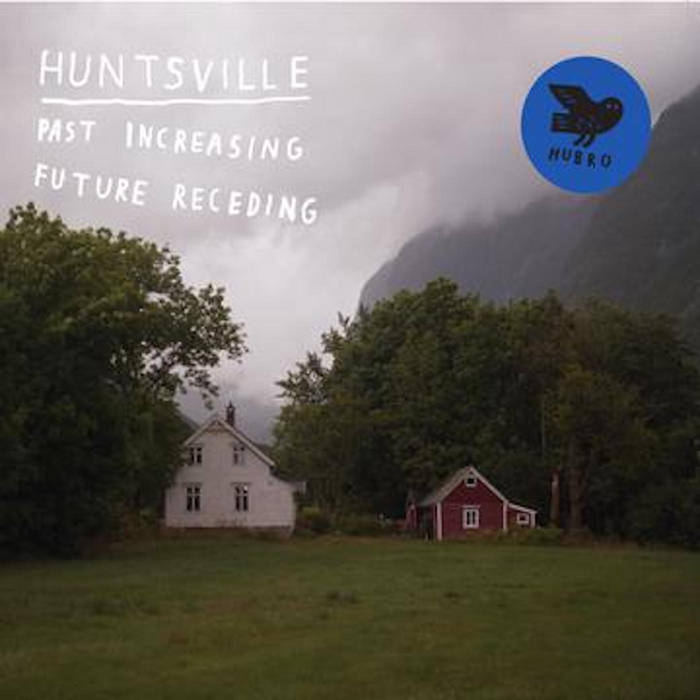 The distinctive trio Huntsville continues to impress us on its fourth album, “Past increasing, future receding”. This is clearly the group’s most atmospheric and monumental release so far. The excursion into an ever-darker landscape that began with the critically acclaimed LP “For Flowers, Cars and Merry Wars” continues here.

“Past increasing, future receding” was recorded in Emanuel Vigeland’s Mausoleum at Slemdal in Oslo: a dimly lit – almost entirely dark – barrel-vaulted room completely covered with frescos painted by Emanuel Vigeland (1875-1948). The artist himself erected the building in 1926, with a view to housing his sculptures and paintings there in the future. He later decided that the museum would also serve as his burial chamber. All the windows were bricked up, and his ashes were meant to rest in an urn above the door. Inspired by Italian influences, he named his building Tomba Emmanuelle. The impression made by the dimly lit frescos, portraying hundreds of naked figures, is heightened by exceptional acoustic properties and a long-lasting echo.

This unique room has gradually become a popular concert and recording venue for artists such as Stian Westerhus, Susanne Sundfør, Diamanda Galas and Nils Økland. Even the most tentative sound evokes an enormous acoustic response in the Mausoleum. For the members of Huntsville, the overwhelming acoustics of the room became a sort of fourth member of the band while they were recording this new album. The music feels more hypnotic and visually evocative than on earlier albums, and demands the full attention of the listener.

The album was the result of three intense working days with sound technician Thomas Hukkelberg. This time, too, the band mixed the album at Propeller Studio together with Kåre Chr Vestrheim (Motorpsycho, Jaga Jazzist).